I slept like a baby last night and woke up feeling much better. Bedtime Motrin and a long day both contributed to a good night’s sleep. Speaking of nighttime, I want to talk about the bedtime brushing routine that has morphed into an Olympic 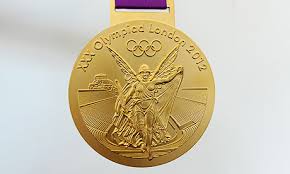 event. No longer does a quick 2-minute brushing do the work needed to keep this mouthful of hardware clean! Though I and the two teenage boys were given the same detailed oral hygiene home care instructions for brushing, flossing, rinsing and fluoride application, I would be surprised if the average teen follows what is recommended. I have been doing dentistry for over thirty years and have been witness to the teenager-in-orthodontics and 98% of them do little more than add an extra 20 seconds to their normal 30 second brushing routine. Most end up with gum problems (mushy, red and swollen) after the braces are removed. As a dentist, I hold myself to the highest standard (and will certainly hear about it from Dr. Jusino and his entire All Star team otherwise). First, there’s the rinse with Peroxyl which bubbles out ‘gunk’ from

tiny spaces….and gets any big pieces of food loosened up. When your cheeks are sore the first few days, the Peroxyl stings but it’s a ‘good’ sting because you know it’s working! I am AMAZED at what it gets loose! Then there’s the flossing. I like to floss before brushing and always recommend it. Dr. Jusino gave me tiny flossers called a Platypus that slips pretty easily under the wire to help remove plaque. This is the part I know most teens 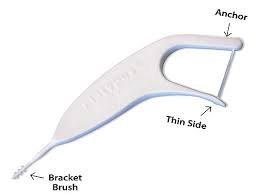 won’t do. It took me over 8 minutes to do just the flossing! This is longer than most people brush! When I couldn’t get the flossers into the back corners, I had to use different tactics which I won’t detail here because I can’t imagine most people would even try. Admittedly, it was hard to do even for the well trained dentist that I am.  A magnifying mirror helped this process a lot and I could not have done it without it. After these two steps, brushing with my electric brush was easy! It has a timer and does all the work. I gobbed a lot of toothpaste on the brush to make sure it had a lot of cleaning power. After the brushing, the last step is to apply the fluoride gel to sit on your teeth overnight to help prevent cavities creeping into the nooks and crannies that even the best brushing routine might miss. The gel is squished around for a minute or so and then left, un-rinsed, for the rest of the night.

Insert routine-buster step here. I always take my allergy meds, supplements and vitamins at night after brushing, right before I go to bed. The first three nights in a row, I goofed up because you’re not supposed to rinse or drink after the fluoride. So, I took the pills then did the fluoride again. I have now made a note for myself to see before I begin my nighttime brushing to remind me to take the vitamins First!


Yes, the bedtime routine is an Olympic event.  So far my PR is 18 minutes!
Posted by Follow My Orthodontic Journey at 8:12 AM